Writing Out Of Our Mind 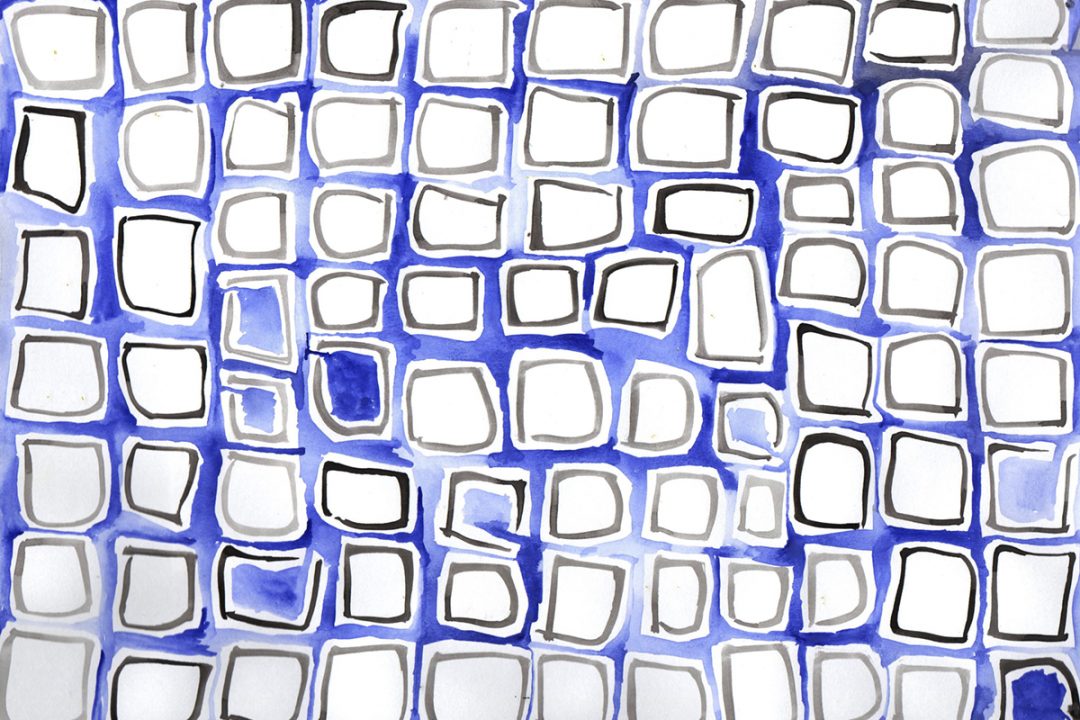 New Babylon, place of hope and despair. Subway lines are its veins, the symbol of its dynamic and destructive power. But there’s something on the trains. A flow of shapes, colors and shadows, awakening this graveyard of rusted matter. But from whom were they? A bunch of eccentric artists trying to communicate with the real world? No, they were simply “writers.”

The subway connects worlds that are foreign to each other. From Manhattan to the Bronx, the Queens of Brooklyn. Those were places of social anarchy. A flow of cultures, worldviews and collective past experiences lived in the limbs of the city. The result of centuries of oppression. But the new world contained within itself the promise of change.

Racial and social discrimination, unspoken rule of the new promised land. Some neighborhoods were the nest of misery, violence, and destruction. Groups of despaired youngsters with none of the promised fruit.

“Work hard and shut the fuck up.” The words of uncle Sam were clear enough.

Many claims, many ideals. From Malcolm X to Martin Luther King, the Watts riots, the Black Panthers, or even the Punk movement. Things were trying to happen. But to what end and for who exactly? The boss was changing his old paternalistic speech, offering freedom to all. At a price, of course. Forget your political and historical claims. Embrace the new freedom. Work well, shop well, travel and sleep. Then everything will be alright.

Unfortunately for him, not everyone was planning to listen to the boss. Small pockets of resistance were born. What were they? And which ones did subsist?

Some rats are hiding far from the spotlight of the day. Writing their name all over again. One even made it to the newspaper in 1969. TAKI183 is his name. A kid of Washington Heights. The New York Times talked about him. Is this not fame? BARBARA62, EVA62, JUNIOR61, CAY61, TRACY168, JULIO204 of STAYHIGH149 believed so, as thousands of other kids. It was 1971, as the writers’ scene continued to grow, new styles were born.

Everything can art. Anyone can art. 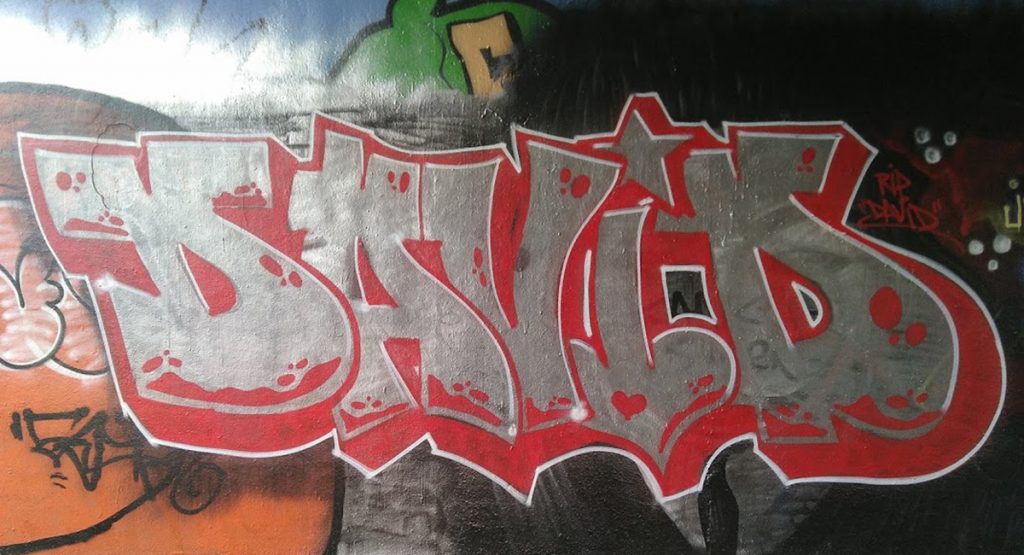 Photo from a legal “writing” wall.

A local phenomenon. Not here to stay. 1981, the end was near, the city reacting. The people had talked through the mouth of the mayor. Erasing the color, the vandalism, the free tool of expression. But who will remember any of this? A writer’s work is ephemeral. A piece of present dreams, doomed to disappear forever. Was this change to be just a whisper, a wishful illusion?

Some people from the “real” world remarked on those swinging trains coming out of the urban jungle. Worthy of enough attention for a smile, or a picture. A woman, photographer for the New York Post. She has an eye for many things. Traveled on a motor from Bangkok to London, studied art and has a passion for photography. Her spared time is filled with those colors and those letters. She gets used to it, tries to understand. On one of those spared days, she met a fourteen-year-old.

The young writer, named SERANO, showed her his sketchbook. The battle plan for the next piece.

On that day Martha Cooper understood. It had nothing to do with criminality or a childish pastime. No, this was a unique cultural entity, she realized. A symbiosis of many past streams. The letters were their idols, the colors their sacrificial offer. She took many more pictures and met a “king.” One of the few. Codename: DONDI WHITE. King-writers were masters of their craft. Their letters, still fully in use almost 40 years later.

This king was surrounded by another curious person. A middle-class man in his mid-thirties, also intrigued by those riding art-panels, Henry Chalfant. Pictures were also his weapon, but he had another card to play. First movie ever about graffiti-writing? Style Wars in 1983 for the Public Broadcasting Service (PBS). A new version of the story was about to begin.

Afraid to lose it to the past. Scared that time wouldn’t show compassion. After meeting each other thanks to DONDI, the 2 photographers decided to change the course of this writhingstory without knowing it. Out of thousands of pictures, a little more than a hundred were chosen. But what for? A project, a dream. Keeping the colored illusion alive, giving it a past, a memory. A book. Nowadays the bible: Subway Art.

Clear summer night. No wind, no rain. Metal scraps, city rats and dry air. A hatch in the ground is open, need to watch out for the hounds. No one sees it happening, but still, some are still rocking the city.

Graffiti-writing survived. It took over Europe in the 1980s, and later the whole world. The letters traveled far. Not worrying about the boss, not listening to his whining. Let him not understand, for these signs are not meant for him.

Writers are of every background. Without real identity, moving in the darkness, recognizing its value. For where it is dark, the eye can get used to it, and the soul forgets fear.

Writing has a long history. Many chapters, many lost brothers. But still, we are writing. Expressing ourselves in that very specific way. Participating in the mutation of the movement itself by keeping its memory alive and keeping writing. Writing till there’s no ink left to be shed.

Photo from a legal “writing” spot in Amsterdam.

Freedom: The Digital Leash of Neoliberalism 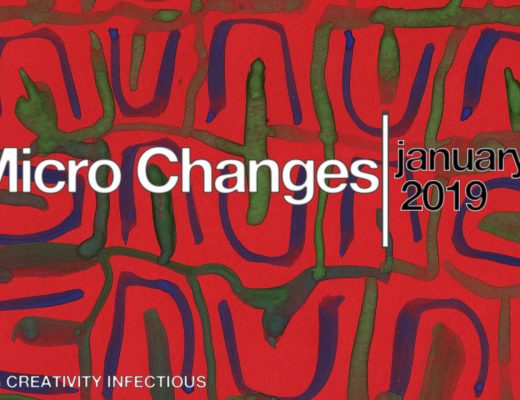 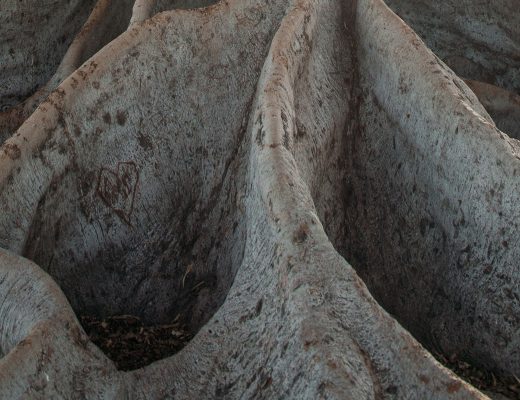 Roots of a Rocking Political Event: The Brexit